Veterans Day is a well-known American holiday, but there are also a few misconceptions about it — like how it’s spelled or whom exactly it celebrates. To clear some of that up, here are the important facts you should know.

Veterans Day does NOT have an apostrophe. 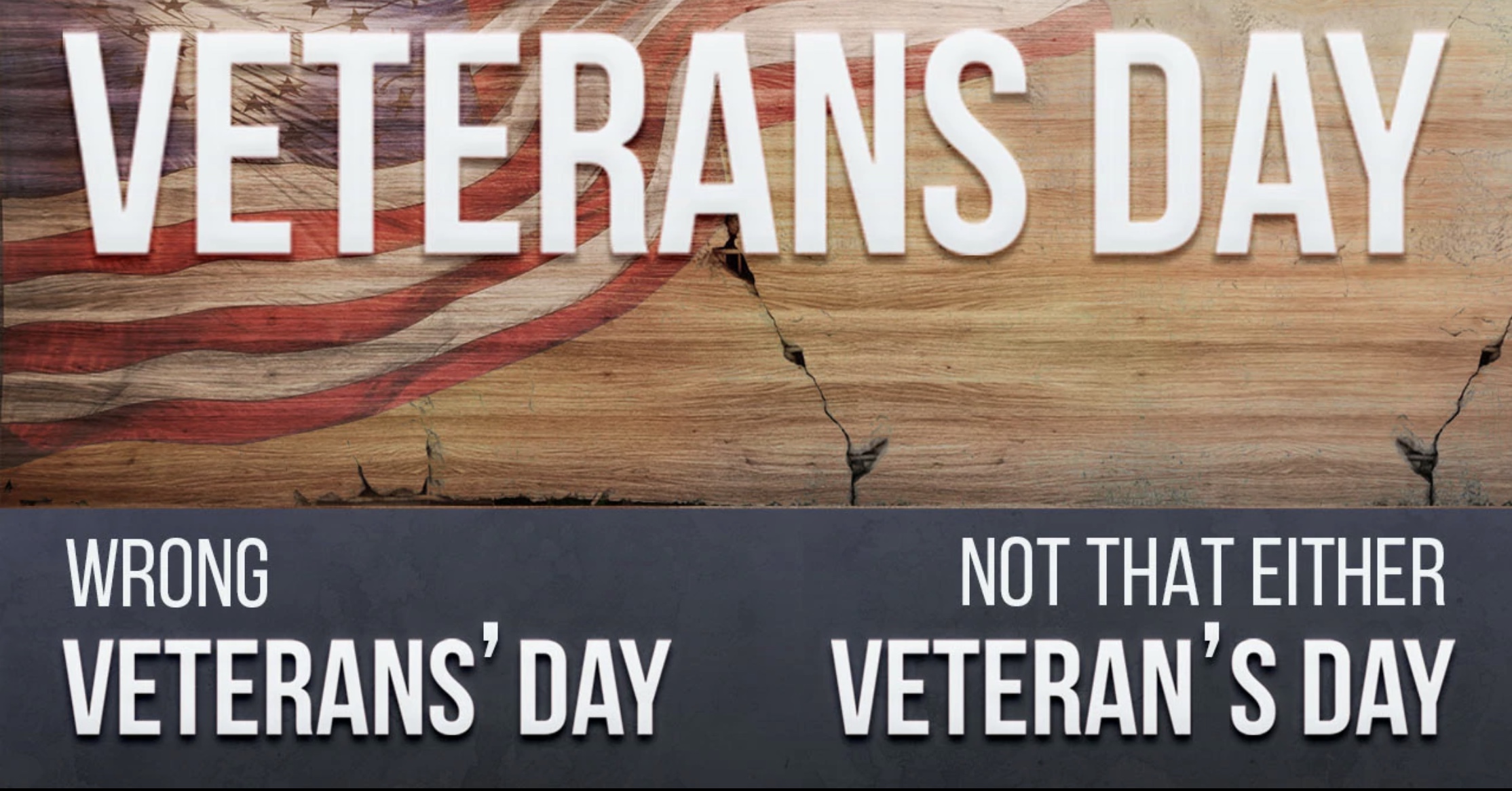 A lot of people think it’s “Veteran’s Day” or “Veterans’ Day,” but they’re wrong. The holiday is not a day that “belongs” to one veteran or multiple veterans, which is what an apostrophe implies. It’s a day for honoring all veterans — so no apostrophe needed.

Veterans Day is NOT the Same as Memorial Day.

A lot of Americans get this confused, and we’ll be honest — it can be a little annoying to all of the living veterans out there.

Memorial Day is a time to remember those who gave their lives for our country, particularly in battle or from wounds they suffered in battle. Veterans Day honors all of those who have served the country in war or peace — dead or alive — although it’s largely intended to thank living veterans for their sacrifices.

It was originally called Armistice Day, commemorating the end of World War I.

World War I officially ended when the Treaty of Versailles was signed on June 28, 1919. However, the fighting ended about seven months before that when the Allies and Germany put into effect an armistice on the eleventh hour of the eleventh day of the eleventh month.

For that reason, Nov. 11, 1918, was largely considered the end of “the war to end all wars” and dubbed Armistice Day. In 1926, Congress officially recognized it as the end of the war, and in 1938, it became an official holiday, primarily a day set aside to honor veterans of World War I.

But then World War II and the Korean War happened, so on June 1, 1954, at the urging of veterans service organizations, Congress amended the commemoration yet again by changing the word “armistice” to “veterans” so the day would honor American veterans of all wars.

To read this article in its entirety at Defense.org, click here.